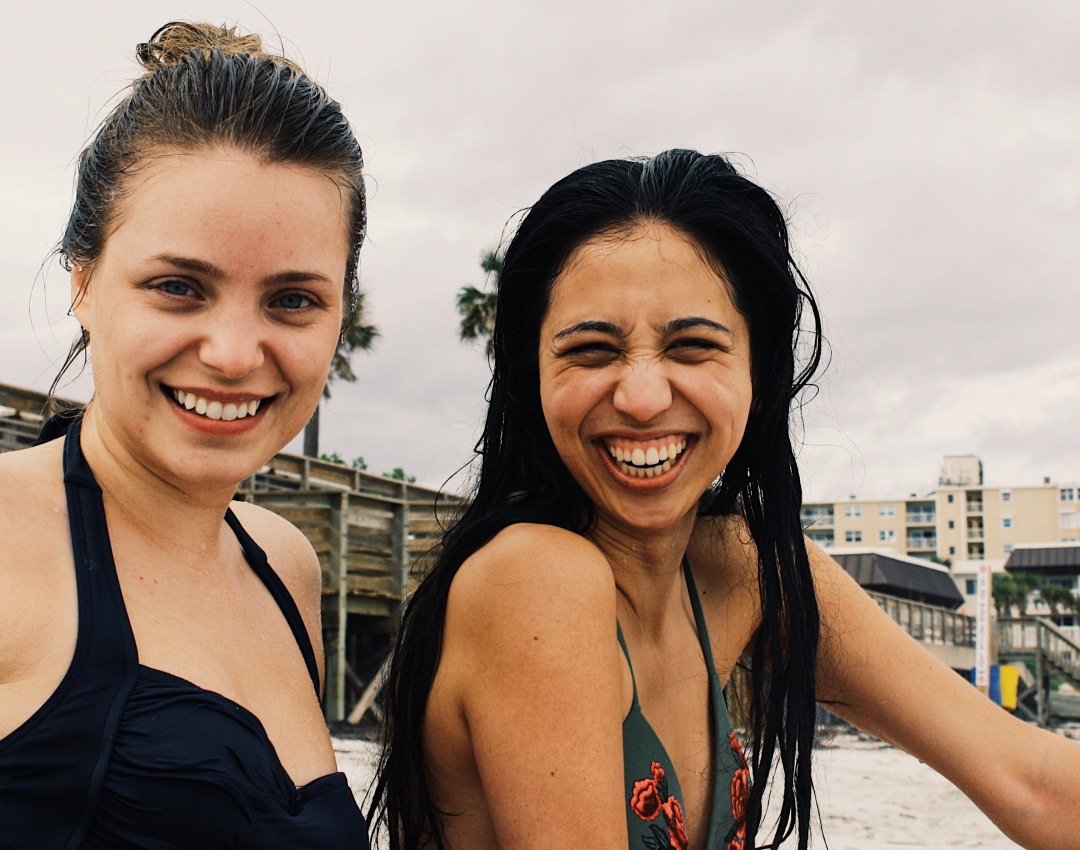 We Need to Talk About Our Friendship

Why did I move to Florida?

I’m sitting in the parking lot outside my friend’s apartment, browning under the sun’s hot breath. My fingers pick at Publix sushi that’s gone slimy.

Orlando is wet, sticky, violent. It’s the place where you learn the contours of your body through sweaty shorts and tank tops.*

Why did I wear long pants?

And still, despite the heat, despite the misery we call Florida weather, despite it all, the last thing I want to do is go inside my friend’s apartment.

I’ve been thinking a lot about difficult conversations—ones that involve confronting your friend about a problem. Or confessing how you really feel about them. Or rejecting them in response to how they feel about you. Or establishing boundaries. Or initiating a break from the friendship.

I haven’t had all those experiences. But I’ve had some. Let me tell you: I hate it. With a fiery passion.

I convince myself that the conversation doesn’t need to be had. That there’s nothing to say. Or if there is, then I’m fine without it. I love unsaid things. The subtler, the better. Let’s all just agree not to talk about it.

I remember when my friend texted me:

“Hey, can we talk? About feelings and stuff?”

I dropped to the floor, curled into fetal position, and moaned, “Noooooo…”

But there was one situation in which I succeeded in avoiding a difficult conversation. My friend and I needed to hash things out—but I got away without addressing it. (Yay me!)

Except that, four months down the line, my friend was driving me home when he said:

Led him on. Meaning, I made him believe I fancied him when I actually didn’t.

I wish I could say I was blindsided by this. But I wasn’t. I suspected it. I had wondered if he felt that way. I had hoped the air was clear between us, but I was too chicken to ask and make sure.

As a result, our friendship wasn’t the same after that.

I believe we glorify God when we seek reconciliation.

Especially with other Christians.

Put off falsehood and speak truthfully to your neighbor, for we are all members of one body. “In your anger do not sin”: Do not let the sun go down while you are still angry. Eph. 4:25-27 NIV.

I’ve learned that saving a friendship can mean saying things that hurt your heart. It can mean risking the friendship altogether.

I think my greatest fear is that the person won’t want to be my friend anymore. That terrifies me.

But wanting to avoid conflict can also mean dealing with conflict now to avoid greater conflict later. If a difficult conversation is what it takes to safeguard the future of the friendship, then I’m willing to take the risk.

It’s worth it. I care too much.

I might linger in a parking lot, murmuring, “Why me, God?” But then I’ll straighten my shoulders, face my friend’s apartment, and go save my friendship.

Killer jacket designed by @chris_dokebi 🤘 Picture me rocking this in NYC
New year’s in New york 💜
✨My favorite books of 2022✨
This shot brought to you by a mosquito that met a grisly death at the hand of @judyluoho
Ace Ventura would not like this store 🐏 #worcester #seedtostem
Still not crazy about this whole “live in Boston thing.” But it’ll do for now 🐊
Noraebang, mountaintop climbs & Gangnam-style dancing: I will miss you, Korea ♥️🇰🇷
#Seoul ❤️🇰🇷
Very tired from all this walking #Seoul 🇰🇷
Travel buddies ✌️ #Seoul
Thank you, Jin, for a good Seoul time 🇰🇷 🎵
A ska-punk time in my hometown 🤘 #Chicago
My Tweets