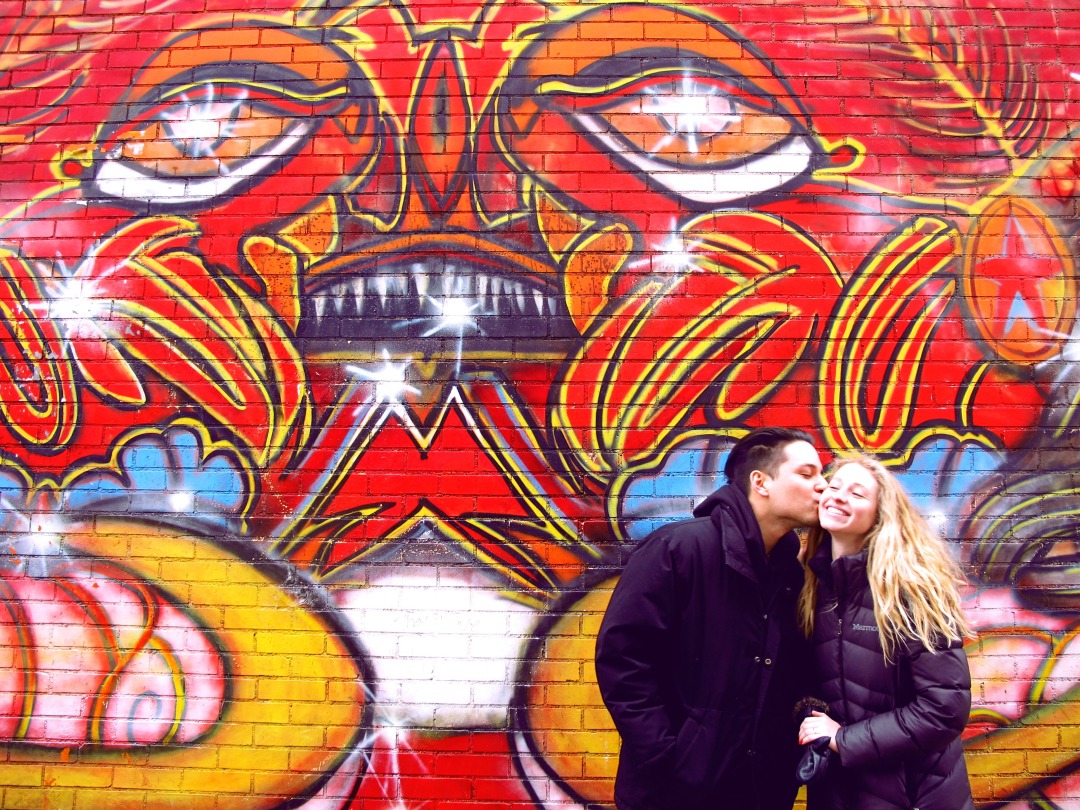 A Proposal in Ann Arbor, Michigan

The plan was to meet at HOMES Brewery.

Saturday late afternoon, my parents pick me up from the Detroit airport in their rental car and we speed towards Ann Arbor. I shiver in the backseat and check my brother’s girlfriend’s Instagram story. More images of cacti with puns.

I’m glad I pricked you.

Life would succ without you.

I’m ready to take it from cacti to cactus.

They don’t know. We pull in front of a grocery store and mom does a tuck and roll out of the car. Seconds later, she’s back with a bouquet.

“I’m so excited,” she says, bouncing into her seat.

“Maybe he did it already,” I say, thumbing through my brother’s Insta story. More cacti.

My big brother Chris and his girlfriend Christin (aww…Chris & Christin) spent the afternoon at the Matthaei Botanical Gardens. Hence the cacti. But there is a plot twist that may or may not make it to social media today.

HOMES is Ann Arbor’s most renowned brewery. Having lived in suburban Florida for two years —think Applebee’s, Gap sweatshirts, soccer moms—I feel a little deprived of hipster culture. Or at least, something that’s not Applebee’s.

Stepping into HOMES fills that void. Tattooed waiters brush past with bowls of bibimbap in their hands. An Insane-in-the-Brain-esque beat plays in the background. The walls are flooded with mural art.

My parents and I reunite with Christin’s family who have claimed a long picnic table by the bar.

We get our drinks. Being more of a Guinness girl than an apple sour beer drinker, I opt for the King Cold cream ale brewed with Jamaican Blue Mountain coffee. It’s got that rich creamy taste without feeling like you’ve just swallowed an Oreo McFlurry.

We keep glancing at the entrance while we slurp our drinks and check our phones.

Ten years ago, I was in this same place.

Except that there were no alcoholic drinks and I was in my parents’ old house in a suburb outside Chicago. Mom had invited what felt like the entire high school, plus a local band that was set up in the living room. We crouched low and waited for Chris to walk through the door. A duct-taped sign on the wall read FAREWELL 17, HELLO 18.

We were ready to celebrate my big brother becoming an adult. Next year, he would attend Calvin College where he’d become best friends with a guy named Matt.

Not long after, he met Matt’s sister, Christin.

And so now we wait.

When Chris and Christin come swinging through the doors, our joy bubbles over. We leap to our feet and applaud.I feel tears on my cheeks. Get a grip, Rachel.

My brother holds Christin close as she beams. Upon our prompting, she holds up her hand and shows us the ring. We go crazy.

Over the course of the night, the table shifts with drinks and food. Gochujang-basted wings. Fine-cut fries drizzled with sriracha. Baos stuffed with pork and kimchi cucumbers. My cheeks glow pink from my second beer and Chris nods at me in approval. We mouth “rock the glow” which is the Fung Bros.’ mantra for embracing the Asian flush.

It’s a good thing Christin loves Asian food as much as we do. I can’t picture me or Chris bringing home someone who resents Asian food. Like, what would my grandma say?

Eventually, Christin’s family turns in. So the rest of us set off for our next stop: the Circ Bar.

Circ is a second-floor bar with old brick walls and an electric disco ball. Dad gets us another round of drinks (ginger ale for me, thanks) and we polish off an order of mozzarella sticks and crispy chicken nuggets. When karaoke begins, Chris sends me a look.

Then again, the first time I did karaoke wasn’t disastrous. My two best friends, Anastasia and Saraswathi, and I screeched What the Hell by Avril Lavigne at a rooftop bar in Mumbai. People ask if it was fun and I say, ‘yeah.’

So maybe it’s that memory that persuades me to humor my brother as we’re called to the stage. First we sing Teenage Dirtbag. Then, in true duet style, we do Love Shack.

“It’s always been my dream to see you and Chris sing karaoke together,” Mom tells me afterwards.

Chris and Dad sing Dancing With Myself (which fills me with so much joy). In between songs, the DJ plays Thrift Shop, All About That Bass, and Low. Never would I have pictured Mom and Dad dancing to Macklemore—but it happened.

Christin and I shout Avril Lavigne lyrics together and I know: she fits right into our family.

The next day, my parents and I meet up with Chris and Christin at The Broken Egg, a diner in downtown Ann Arbor. As we toss around ideas for the wedding, I sample Dad’s raspberry ricotta pancakes and Mom’s specialty pancakes.

I like my chicken, bacon, and waffles. Like the “Southerner” that I am. (Get it? Because I’m from Florida?)

After breakfast, we stroll through Ann Arbor and pass microbreweries, bookshops, coffee roasters, boutiques, and taco stops. I halt in my tracks to capture flashes of street art in alleyways and on the back of restaurants.

Later that afternoon, as I sit at my terminal to fly back to Orlando, Dad calls me on my phone.

I think about that eighteenth birthday and how far he’s come. It makes me excited for the future. For this new family Chris is joining. For more dancing and eating and drinking.

And for Christin, my new future sister-in-law.

Killer jacket designed by @chris_dokebi 🤘 Picture me rocking this in NYC
New year’s in New york 💜
✨My favorite books of 2022✨
This shot brought to you by a mosquito that met a grisly death at the hand of @judyluoho
Ace Ventura would not like this store 🐏 #worcester #seedtostem
Still not crazy about this whole “live in Boston thing.” But it’ll do for now 🐊
Noraebang, mountaintop climbs & Gangnam-style dancing: I will miss you, Korea ♥️🇰🇷
#Seoul ❤️🇰🇷
Very tired from all this walking #Seoul 🇰🇷
Travel buddies ✌️ #Seoul
Thank you, Jin, for a good Seoul time 🇰🇷 🎵
A ska-punk time in my hometown 🤘 #Chicago
My Tweets